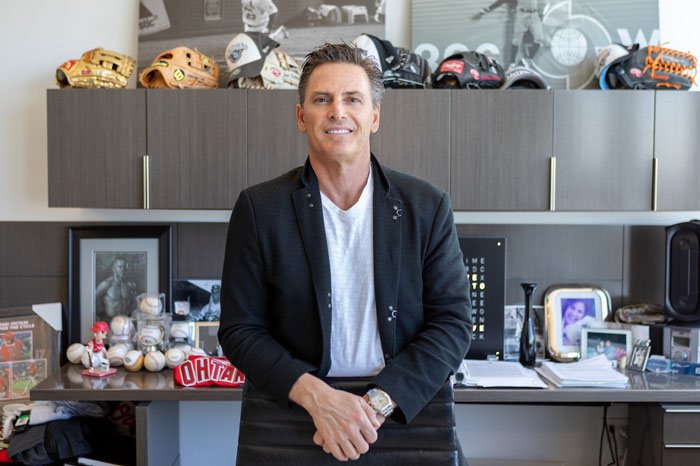 About
Talks
Videos
Testimonials
Availability
About

Balelo also stands out as an anomaly. Raised in San Diego California, first generation Portuguese descent, where his family migrated from the Madeira Islands in Portugal and was raised in the Commercial fishing industry.
Balelo after his Senior year attending Pepperdine University, was drafted by the Seattle Mariners in the 4th round and signed to become a very promising MLB infielder before a devastating accident cut short his playing days.

Adversity and opportunity became the catalysts for Balelo positioning himself as one of the most humble, venerable, and successful professionals in all of sports.

Nez focused on his entrepreneurial skills and opened up a development baseball school outside of Los Angeles called West Coast Baseball School. At the same time accepted a job with the Atlanta Braves in a hybrid development, scouting and consulting role.

After a 10 year run with the Braves and understanding how an organization runs, along with building a business from scratch and turning a simple one facility business into a multi million dollar licensing/franchise, Balelo felt it was time to expand his wings. He took his entrepreneurial skills, business sense and his knowledge of the game to another level and walked away from the Braves and sold his schools and branding license to start his own sports agency.

After 3 years Balelo established himself in the sports agency world quickly as a force to be reckoned with. Having numerous first round picks and multiple players making it to the big leagues in a very competitive landscape, It was then that he was recruited to join IMG Sports group in a senior executive position before moving over to CAA to start the sports group in 2006.

Balelo currently heads up the Baseball division within CAA Sports. He has been responsible and a part of negotiating over $4 Billion Dollars worth of contracts while at CAA. He currently ranks on the Forbes Top 50 most powerful sports agents in the world list for 6th consecutive years.

"Nez over delivered to our audience of leaders. He brought his inspirational story, authentic experience, and valuable,practical insights about business and life. Thank you for wowing us!" -Dave Kerpen Serial Entrepreneur & NY Times Bestselling Author

"Nez is an incredible speaker. From his acumen at the negotiation table to his advocacy for the underrepresented, our group was loved his authenticity and humbleness. We are looking forward to having him back!" -Amani Roberts Meeting Planners International Southern California Chapter

"...over a career negotiating contracts for some of the biggest stars in baseball, Nez has learned a thing or two about how to connect with the people on the other side of the table to get a deal done." -Andy Paul, Host of "Sales Enablement" podcast